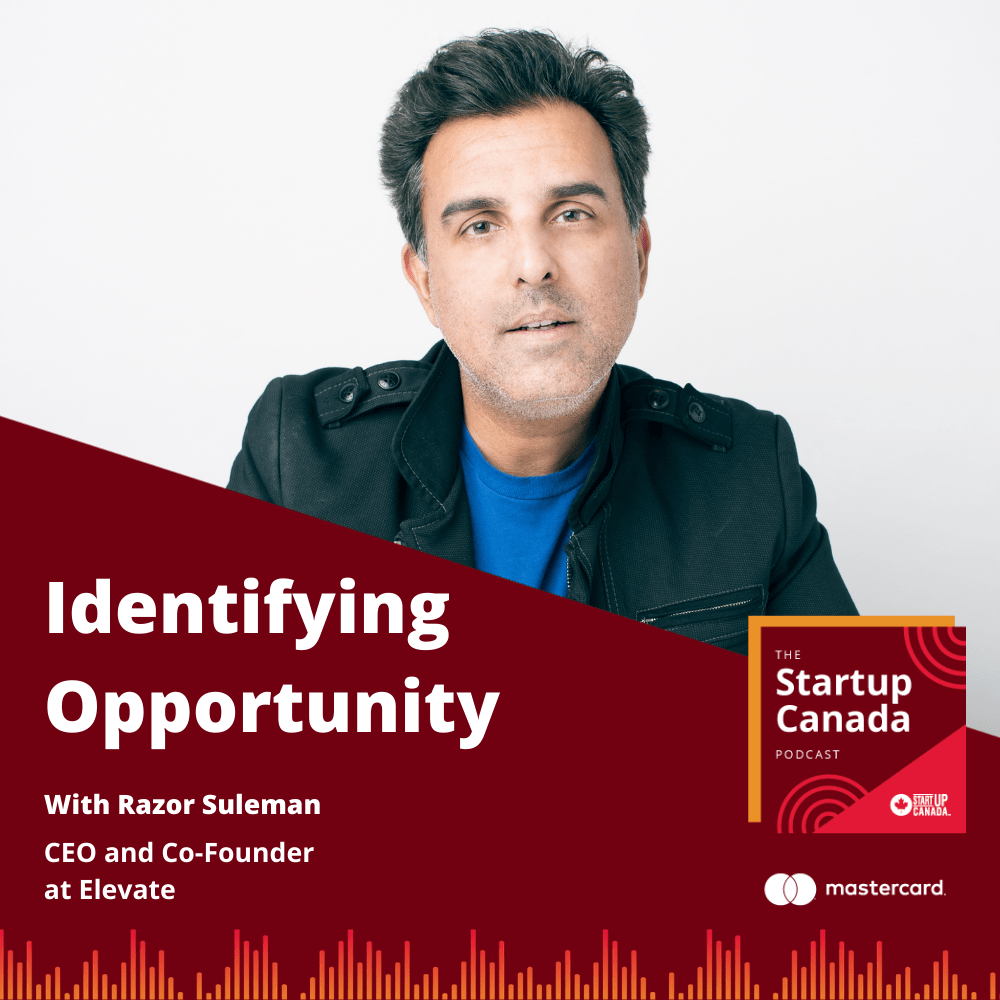 Have you ever had an idea, but didn’t know if that idea was startup-worthy? Razor Suleman, CEO and Co-Founder of Elevate, has some advice!

Razor Suleman is a successful serial entrepreneur, investor and champion of the Canadian technology ecosystem.

Currently, Razor is the CEO & Cofounder of Elevate, an organization committed to the advancing the Canadian technology ecosystem. Elevate’s mission is to unite the world’s innovators to solve society’s biggest challenges. The organization was created in partnership with Toronto Mayor John Tory along with 150 community and corporate partners. Razor is also the CEO of Design Exchange, a cultural institution that provides access to hands-on design-based learning for Canada’s next generation youth.

Previously, Razor is Founder & former CEO of Achievers, a corporate social network focused on employee engagement that was backed by legendary VC Sequoia Capital. Razor built Achievers from an idea to a company with a $100M in revenue in less than 10 years. Achievers was acquired by Silicon Valley based Blackhawk Networks (which is owned by Silver Lake Partners) in July of 2015 for $150M.

“You’ll find opportunities by paying attention to the market and to your customers. Look for a vitamin that has turned into a pain killer – there’s your opportunity.”

In this week’s episode of the #StartupCanadaPodcast, sponsored by Mastercard, Razor discusses non-dilutive financing for founders, social impact as a profit driver, and how to identify (and test) opportunity.