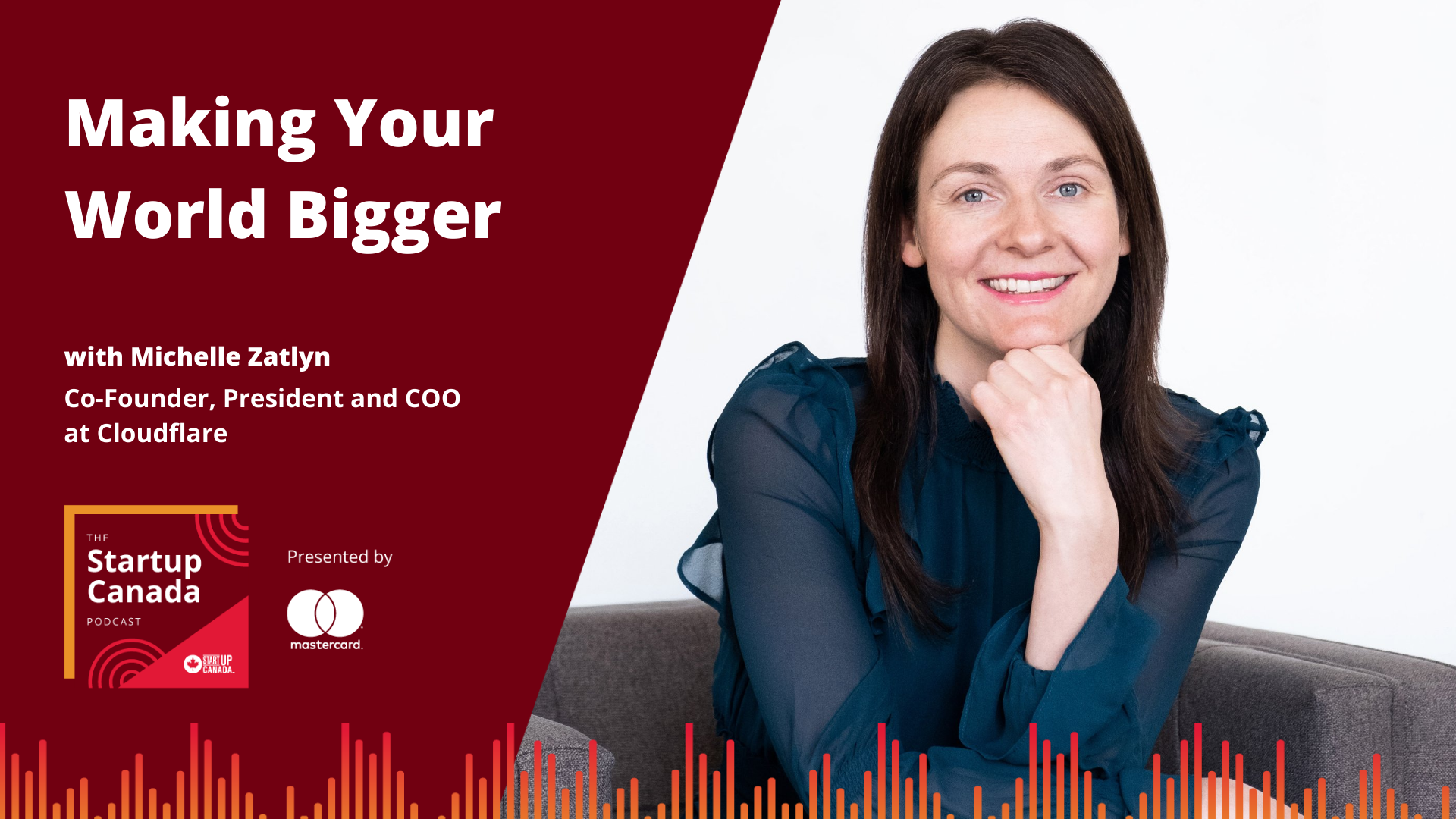 Michelle Zatlyn is Co-Founder, President and COO of Cloudflare, the Internet security, performance, and reliability company on a mission to help build a better Internet. Cloudflare is a publicly-traded company on the New York Stock Exchange (NYSE: NET). Prior to co-founding Cloudflare, Michelle held positions at Google and Toshiba and launched two successful startups.

Michelle sits on the World Economic Forum Young Global Leaders Foundation Board. She has been named to Fortune’s 40 Under 40 list and was part of Marie Claire’s 7th Annual New Guard. She holds a B.S. degree, with distinction, from McGill University, and an MBA from Harvard Business School, where she was awarded the Dubilier Prize for Entrepreneurship.

“No matter how amazing you are as a founder, you need a team. You need a great team. A lot of smart people want to join a company making an impact.”

In this week’s episode of the #StartupCanadaPodcast, sponsored by Mastercard, Michelle Zatlyn encourages you to make your world bigger, explains the difference between good and great business and the role of companies when it comes to the future of work

Curated Episodes Just For You