Thank you for supporting this year's Startup Global 2022 Pitch Competition. This year, we had entrepreneurs from 184 cities across Canada apply to pitch from almost all industries. It was a tough decision narrowing it down to 100 semi-finalists! We know that Canada’s aspiring entrepreneurs have the talent, passion, and drive to succeed in today’s economy. In case you missed it, you can watch the Grand Finale at a click of a button and join us in cheering on some of Canada’s best and brightest early stage startups This year, applications were open to startups who had raised $1 Million CAD or less (as of February 1st, 2022). During the semi-finals in September, the top 100 semi-finalists competed for a chance at the grand finale on October 20th, with 10 being chosen. Additionally, powered by UPS, we had a Peoples’ Choice Award where we gave a $5,000 cash prize and a guaranteed spot in the Grand Finale today for the semi-finalist with the most votes. The 11 pitchers were pitching for the grand prizes of: Third place: $10,000 | Second place: $15,000 | First place: $30,000 We'd like to congratulate Arbre for being our third place winner! Toronto-based Co-founders Stephanie and Kristina are scientists by training and strongly believe in the science and research behind sun protection. The main goal of Arbre is to develop innovative and inclusive SPF products that work for our consumers, and that our consumers will love using.

With impact in mind, they are committed to developing SPF products that are safe for the earth. Since 2019, their team has been researching and developing sustainable and natural ingredients that will provide optimal protection from the harmful UV rays of the sun.

At Arbre, they are on a mission to develop sustainable, innovative, and inclusive SPF products. 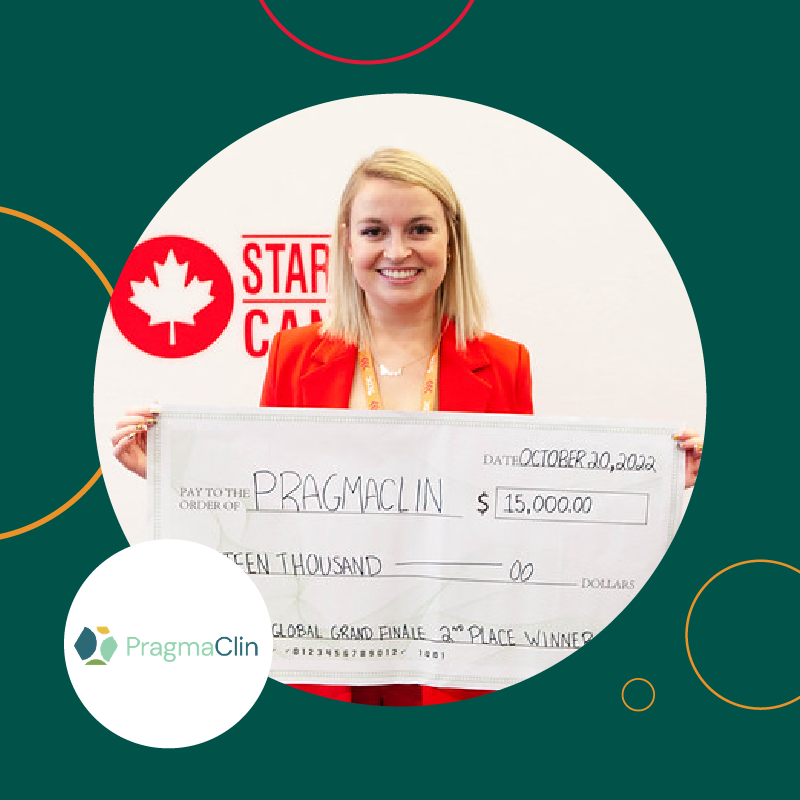 We'd like to congratulate PragmaClin for being our second place winner! PragmaClin Research Inc. is a digital technology company that operates in the healthcare sector, created by Bronwyn Bridges & Gord Genge. Gord was diagnosed with Parkinson's in 2019 and throughout his steps to diagnosis had identified several issues that needed to be solved in regard to patient assessment which include the longer wait-times and subjective patient assessment. Bronwyn is a Ph.D. student at Memorial University and while conducting her research on Parkinson's, she met Gord and discussed potential solutions to the level of patient care. Shortly thereafter PragmaClin was incorporated in 2020 and since then, we have developed the PRIMS software which is an assessment tool that will assist clinicians in better treatment of their Parkinson's disease patients. 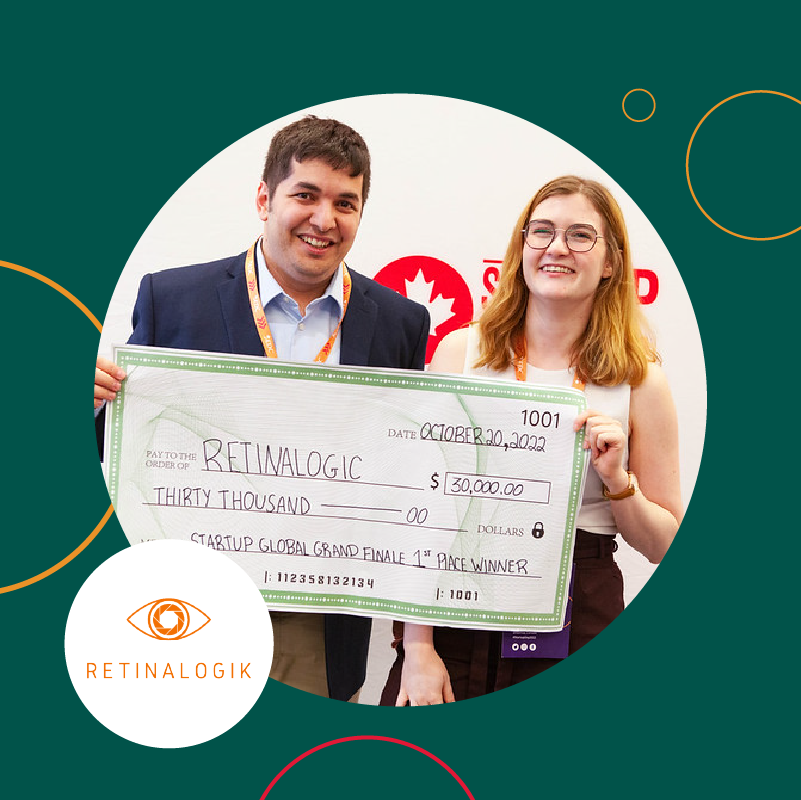 We'd like to congratulate RetinaLogik for being our first place winner! RetinaLogik is on a mission to prevent vision loss for millions by making smarter vision screening accessible for everyone, everywhere.
RetinaLogik started in 2019 on a medical research trip to Uganda. Their CEO learned from the community that numerous treatable conditions went undetected because people could not travel, let alone afford, to access the necessary healthcare technology and specialists. “What if we designed healthcare to come to patients instead of the other way around?”. Using their software platform, a key eye exam can be conducted anywhere with a virtual reality headset. Their platform is the first of its kind: It not only enables portable exams, but combines the results with advanced analytics to predict the risk of early stage conditions, starting with Glaucoma.

We’d also like to give a massive congratulations and well-deserved recognition to all the other Finalists that pitched at the Grand Finale and all the hard work they have put in to get to where they are. We can’t wait to follow along in each of their journeys in the months and years to come! We encourage you to take a moment to learn about each of their businesses:

Thank you for supporting this year's Grand Finale, we're proud to once again support Canada's entrepreneurs who want to take their business to the global stage. In case you missed it, you can relive the experience with a click of a button.