On this week’s Startup Women Podcast, Patricia shares tips for getting tv coverage, funding in entertainment, and why demographic-specific content is vital for community empowerment! 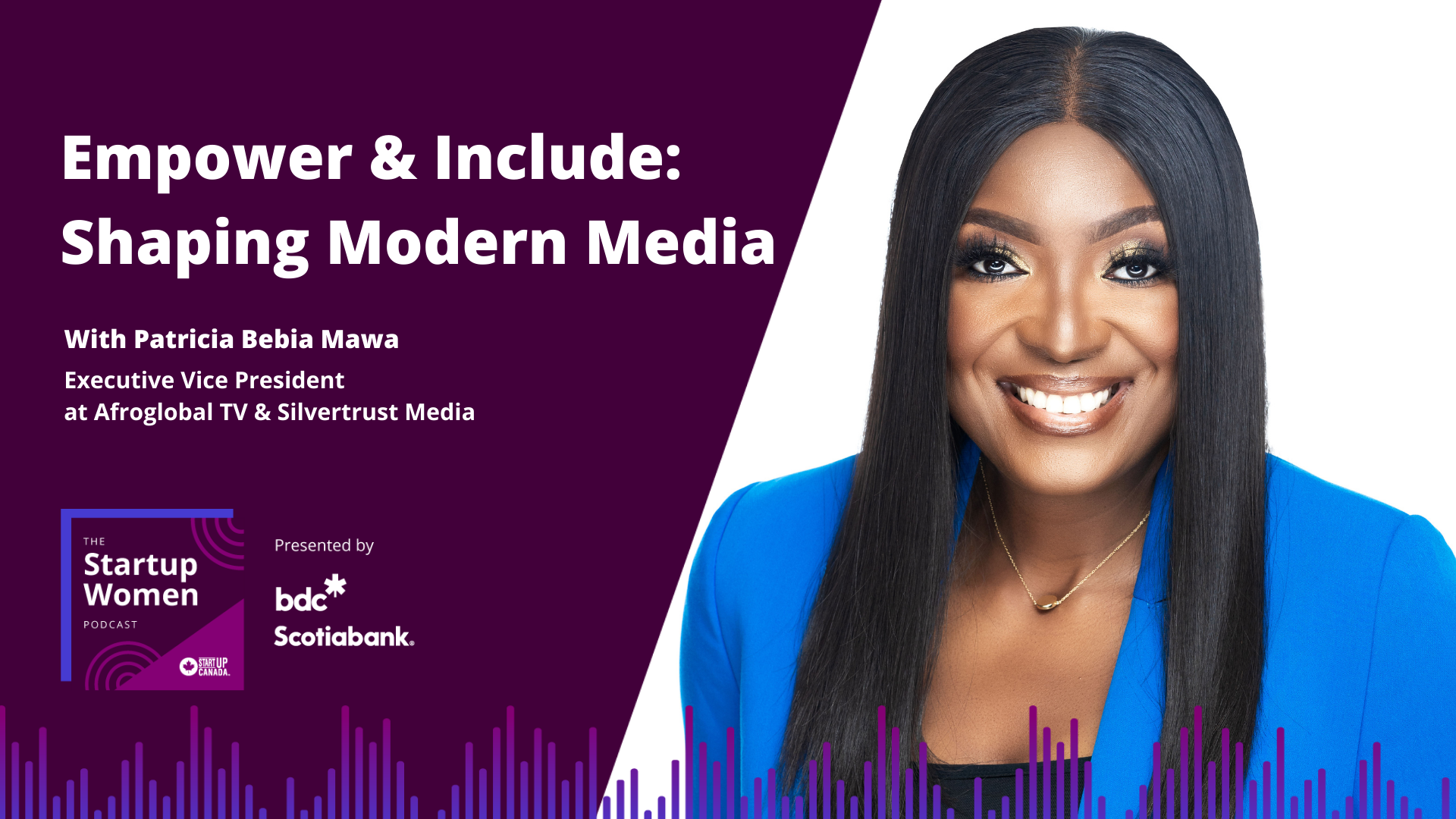 Patricia Bebia Mawa is the Executive Vice President of Silvertrust Media and Afroglobal Television. Patricia is also the host of Planet Africa, a weekly series on OMNI TV that covers topics that interest, affect and challenge African Canadian communities.

She has directed and produced over fifteen television programs including The Visionaries, The Golden Button and Standing Ovation. Patricia is the writer and director of Omobella Palace, a new drama series on Afroglobal Television, which can be viewed on Rogers Cable, Bell Fibe, Eastlink and Telus. She is also the Associate Publisher of Excellence, Envision and Destiny Magazines. In 2008 her own Silvertrust Media company, introduced the Discover magazine series, which has since released over 20 titles and editions.

Who’s Who in Black Canada lists Patricia as a recipient of the Toronto Police Community Service Award, the International Women Achievers Award, the Martin Luther King DreamKeeper Award and a Queen Elizabeth’s 11 Diamond Jubilee Medal. Patricia has also co-founded the Crossover Mentorship Program, a youth empowerment initiative. In 2018, Patricia co-authored the 150 Extraordinary Canadians Legacy book, with a foreword by the Right Honourable Justin Trudeau, Prime Minister of Canada and in 2020, Patricia was appointed chair of the Reelworld Screen Institute.

“Our work is not only inspiring and entertaining for our people – it also holds others, including corporations, accountable.”

On this week’s Startup Women Podcast, sponsored by the Business Development Bank of Canada and Scotiabank, Patricia shares tips for getting tv coverage, funding in entertainment, and why demographic-specific content is vital for community empowerment!

Curated Episodes Just For You